How Do Class Action Lawsuits Start?

By Roger Davidheiser
Posted May 9 2016
In General
0 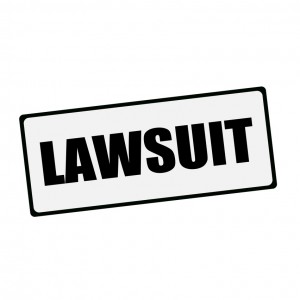 A lawsuit falls into the category of class action when one or more people file it on behalf of a larger group or class.

If a particular business or some other entity does something negligent that causes you harm – the classic example of slipping, falling and sustaining an injury due to a wet floor comes to mind – you as an individual might have a solid case for suing them. But in situations where a large number of people are hurt or suffer some other form of loss, their grievances can be addressed in a class action lawsuit.

1. When a group or class has the same reason to sue

A lawsuit falls into the category of class action when one or more people file it on behalf of a larger group or class that, as a whole, have the same reason to sue. The situation in Flint, Michigan, is a good current example, as class action suits are springing up against state and local government over the issue of contaminated water.

The person or persons who start this type of lawsuit and speaks for the class is usually called the “lead plaintiff,” “named plaintiff,” or “class representative.”

In stark contrast to members of the class who need do nothing to further the case, the lead plaintiff bears quite a bit of responsibility. He or she must spend a lot of time working closely with the attorneys involved and participating in the whole court process.

The lead plaintiff also has to make important decisions. He or she is the only one who can either accept or reject a settlement offer, which is a problem they are likely to have to grapple with, as most class action suits are settled before trial. It’s a question that needs to be weighed carefully and judged for fairness, since it affects everyone in the class.

On the plus side, if the class wins the suit or the case is settled, the lead plaintiff is usually paid somewhat more than others in the class in acknowledgement of their work. They are also the first to see any money after the attorneys receive their fees, none of which are paid by any of the plaintiffs, as class action attorneys in many cases accept cases without upfront payment, instead taking a fee contingent on winning or settling the case.

3. Free to opt out and file personal suit

The lead plaintiff aside, becoming a part of a class action requires no effort. As a case is getting underway, the lawyers involved will look for whoever might be a part of the class. In the case of Flint, Michigan, for instance, they would find residents who were receiving contaminated water. No one is under any obligation to join a class action lawsuit, though, and in many cases they are free to opt out and file a suit of their own or refrain from involvement in any lawsuit at all if they wish.

If someone wishes to be part of a class but hasn’t gotten word of it, they can contact the attorneys and ask to be added.