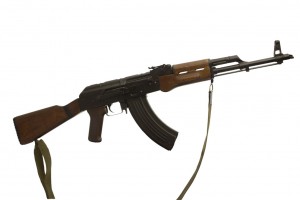 The victims’ families are accusing the gun manufacturer of negligent entrustment.

There is likely no more divisive American political issue than guns. The right to bear arms and what, if any, limitations there should be is the most prominent subtopic of the debate. But a lesser known, and just as hotly debated topic, is who should be held accountable when gun violence is inflicted on a community.

Presumably everyone agrees that the person who pulls the trigger needs to be held accountable. The divide comes when discussing whether or not gun manufacturers should share some blame. In the case of the Sandy Hook lawsuit, the emphasis is on how those manufacturers market their assault rifles.

A hearing was scheduled for February 22 to address the gun manufacturer’s motion to dismiss on the grounds that the lawsuit is barred under the federal Protection of Lawful Commerce in Arms Act (PLCAA), which protects gunmakers from liability claims. The judge has stated that he intends to come to a decision within 60 days on whether or not the lawsuit can proceed.

If the lawsuit does proceed, it will be treading on uncharted legal territory. Never has there been a legal argument that a gun manufacturer should be held liable for tactics used to market weapons to a civilian population.

The important distinction in the claim is that assault weapon manufacturers are not just targeting civilians for the gun sales, but emotionally and intellectually susceptible youth. The victims’ families are accusing the gun manufacturer of negligent entrustment, which is one of several exemptions stated in the PLCAA. The plaintiffs are claiming that the very act of marketing and selling a military-style weapon to civilians constitutes negligent entrustment. One way this is done is through product placement in video games.

“The manufacturer is marketing to people like Adam Lanza, and they know it, and now we know it. And it’s time that everybody knows it,” said Mark Barden, whose seven-year-old son Daniel was killed at Sandy Hook Elementary.

The plaintiffs’ attorneys are also arguing that the marketing practices are a violation of Connecticut’s unfair trade practices act that regulates irresponsible advertising. They claim marketing military-style imagery for a product entices the purchase of those weapons by people who would intend to use it in the way that it is marketed to them – inflicting deadly force. 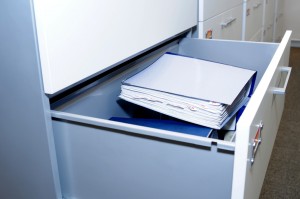 If company executives are forced to testify under oath and reveal internal documents that would otherwise be private, it could lead to the revelation of internal operations and motives that do not reflect well on the company.

Executives may be required to reveal internal docs

While both sides are ultimately concerned about what a potential final judgement would be, the defense still has something to lose if the case is allowed to proceed to the discovery phase. If  company executives are forced to testify under oath and reveal internal documents that would otherwise be private, it could lead to the revelation of internal operations and motives that do not reflect well on the company.

Much was revealed in a relatively similar case. Last year, Badger Guns of Milwaukee Wisconsin, was found liable for a shooter’s actions. Police officers Bryan Norberg and Graham Kunisch were awarded nearly $6 million after being shot and seriously injured by a gun purchased on the shooter’s behalf at Badger Guns, which had a reputation for lax selling standards.

The gun shop has since opened under a new name and has a much stricter customer service policy and a business model that caters to a much smaller members-only clientele. Such changes initiated through legislative means could go a long way towards effecting positive changes across the gun industry.